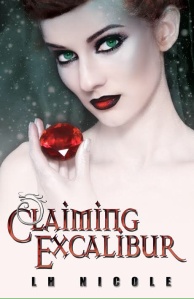 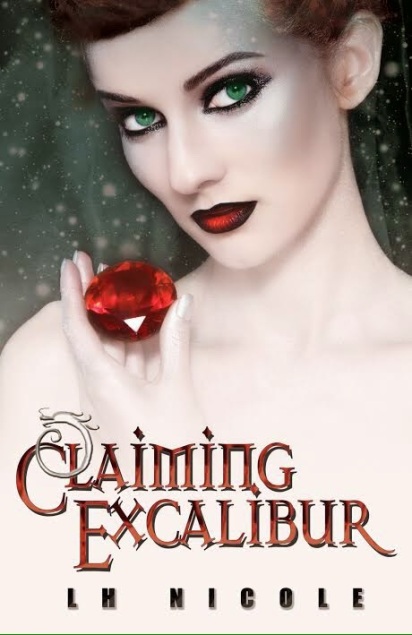 Synopsis –
Aliana
Fagan has done what many thought impossible: she’s awakened King Arthur from
his fifteen-hundred-year sleep, reunited the Knights of the Round Table, and
even beaten Mordrid and Morgana LeFay in battle.
But the
Destined One’s quest has only begun.
Before the
knights can “unearth and reclaim their lost relics” they must survive
the trip to Charleston, South Carolina and meet the newest member of the Round
Table. If King Arthur’s men thought Aliana and Lacy were tenacious, they’ll be
even more surprised by Dawn, the third member of the fem-trio.
Deadly
secrets, unexpected allies, and a traitor lurking in the shadows await Aliana
and the new Round Table as they continue their search for Excalibur. Their only
clue is a beyond confusing poem from a mysterious book that speaks of a
terrifying creature guarding the legendary sword. Trying to build a somewhat
normal relationship with Sir Galahad adds a whole new level of complexity to
Aliana’s task, especially when several among them suspect the White Knight may
not be wholly himself. Her friendship with King Arthur grows closer, and when
circumstances become intense, he may finally get the chance with Aliana that
he’s been pining for.
Mysteries,
legendary quests, and haunting memories will either unite the members of the
New Round Table or fracture their bonds. Aliana and her crew only have seven
months before the planets align and Mordrid can seize the power he needs to
conquer the seven realms. Can the Destined One keep her new family together and
lead Arthur to his destiny of saving the realms? Or will a centuries-old plot
for revenge finally spell the king’s end? 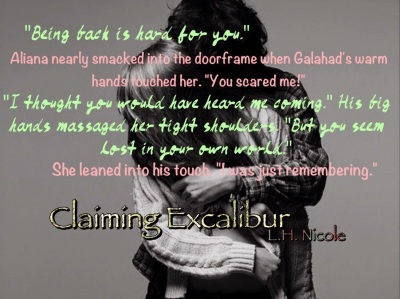 excerpt-
“Being back is hard for you.” Aliana nearly smacked
into the doorframe when Galahad placed his large hands on her tense
shoulders.
“You scared me!” she said, placing her hand over her
heart.
“I though you would have heard me coming.” His warm hands
massaged her tight shoulders. “But you seem lost in another world.”
Leaning into his touch, she shook her head. “I was just
thinking.”
Galahad sighed deeply, his hands squeezing her shoulders
before turning her to face him. “I understand how you’re feeling right now. My
parents were murdered when I was young.”
Aliana looked into his blue eyes, surprised. “You never
told me that.”
“Sir Belvoir and his men found us just after it happened.
He raised me as his own, trained me to be a knight.” His hand rubbed light
circles on her back.
“I was just remembering how things used to be,” Aliana
confessed, hoping that sharing some of her pain would help lessen
it.
“Why were you looking through your father’s things before
you came to London?”
Aliana turned in Galahad’s arms, leaning her back against
his chest. She studied the office until she found her voice. “I was in New
Orleans working on a photo commission several months ago. I was walking the
French Quarter when I came to a fortuneteller’s stand. I took a few pictures,
and she called me over. I thought she was going to be upset with me, but she
sat me down at her table. ‘You feet
mus’ be achin’ after running so hard, chère,’ she told me. ‘Folks thinkin’ the’ can run from de past
and they ghosts never find peace’.”
Aliana laid her hands over Galahad’s, remembering the
feel of the woman’s cracked, dry hand on top of hers and the smell of sweet tea
on the woman’s breath. “I tried to ignore her, but she kept insisting that I
needed to stop running and face what was haunting me. She said I’d never again
know what a real life ‘filled with love, happiness, and adventure’ felt like
until I faced my past. It took me another two weeks before I came home.”
Galahad hugged her tighter, his chin resting on her
shoulder, silently supporting her. “When you returned home you discovered your
adoption.”
Aliana nodded, turning her face toward his. “I guess she
was right. I never would have been in London if she hadn’t pushed me to come
home. I never would have been in Avalon’s forest, and I never would’ve found
you or Dagg or Arthur.”
“Do you regret it?” Galahad asked, a worried kind of
seriousness in his eyes. 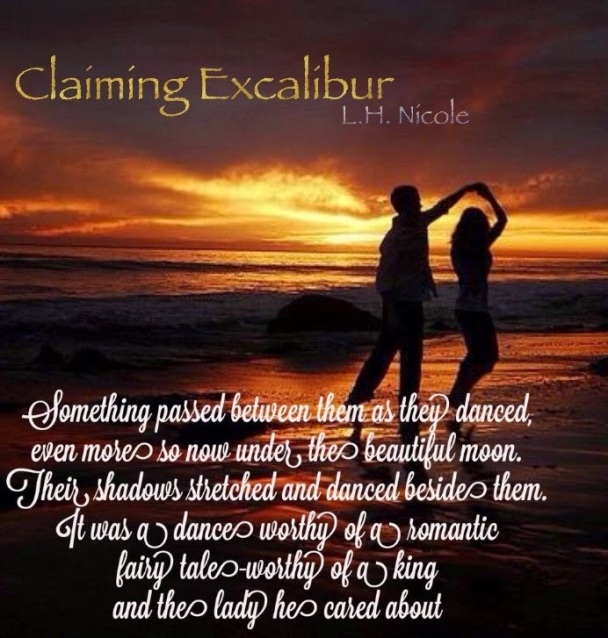 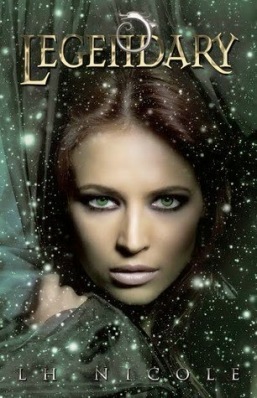 Before the darkest hour strikes the Destined One
shall come forth
Avalon’s lost daughter must thrice and alone prove
her worth
Then can she fully possess the power to awaken the
King
It shall become her destiny to reunite the Round
Table
Unearth and reclaim their lost relics
Become the key to undoing the evil Mordrid has
wrought
Only with her can the Once and Future King prevail
Aliana Fagan spent her childhood traveling the
world, dreaming of legendary heroes and mythical lands. But after the sudden
death of her parents, she hides behind the safety of her camera and her art
until a vivid recurring dream compels her to dig into her father’s research
about Avalon and Camelot. When she is hurled into a magical realm by forces she
thought were only the stuff of fairy tales, she finds herself thrown into an
adventure she could never have imagined. Nearly everything she thought she knew
about Arthurian legend was wrong.
The independent eighteen-year-old is shocked to
find that the people of Avalon think that she is the Destined One, the only
person who can summon King Arthur back to life from his hidden chamber. Most
surprising of all is that it’s up to her to lead the Knights of the Round Table
on an epic quest–an adventure that will transport them across the seven magic
realms to reclaim all that has been lost so they can defeat the evil Mordrid
for good. But first, she must bring the ancient warriors into her world and
reunite them with their lost brothers. Chaperoning the legendary
knights-with-a-chivalry-complex as they navigate the modern world is a constant
challenge, and she certainly never thought she’d be caught between her intense
feelings for the noble Sir Galahad and her growing friendship with the King.
To fulfill the prophecy, Aliana will have to
discover the meaning of friendship, bravery, loyalty, true love, and
forgiveness. But can she do it all in time to save the realms from Mordrid’s
impending Armageddon?
Buy Links —
http://www.barnesandnoble.com/w/legendary-lh-nicole/1118731787?ean=9781623421038
http://www.amazon.com/Legendary-LH-Nicole-ebook/dp/B00NO138IS
Author Bio-
I am a
seasoned Pastry Chef in our nation’s capital and a lifelong fairytale (Disney
and Grimm) lover, believes in love at first sight, is addicted to 80’s &
90’s cartoons and anything that can capture my
ADD-way-to-overactive-imagination. Joan Lowery Nixon and L.J. Smith were the
first authors I became addicted to and who inspired me to steal away whenever I
could to read and write. You can keep up with me, and all my news and
adventures on Facebook, Tumblr, Pinterest, Blogger and Legendary Saga website.
JUST A
LITTLE MORE ABOUT MY SERIES:
Legendary is a story
I’ve had in head for years. The idea came to me during an english project about
you guessed it- Arthurian legends. My teacher was against web research and
allowed us to use textbooks only. I discovered different ways to spell the
characters names, including Mordred. There are five spelling variations that I
found, and I chose to use one that is much less known: Mordrid. Other names I
kept the same, and some I changed for the sake of the story. My reason for
changing the names and/or spellings is this: my Knights of the Round Table,
their enemies and allies are very different from what people are used to. I
don’t want to offend Arthurian purists and the “Arthurian
legend/history.” Legendary is pure fiction, straight from
my imagination. I took some liberties with the different stories and
incarnations. I changed the things I didn’t like to the way I wanted them to
be. I changed things to make them my own creation and tell you a new story.
Hence Legendry’s summary “everything she thought she knew
about Arthurian legends was wrong.”
SOCIAL
MEDIA LINKS:
Legendary Saga website
Facebook:
L.H. Nicole
Pinterest: L.H. Nicole
Tumbler:
L.H. Nicole
Twitter:
L.H. Nicole
Blogger: LH Nicole
Goodreads: LH Nicole 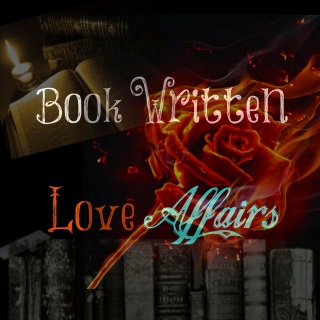 I would enjoy your thoughts and comments Cancel reply

Tales of humour, whimsy and courgettes

where would-be writer works with words

Thoughts of the Fallen

A collection of nonsensical words thrown together

Find out which sexy books to bring with you, or leave behind, on your next beach vacation.

A journey in search of PLACE.

Not Ours To Change

The Adventures of a Gay Mormon at BYU

I am an indie author, but this blog is about life in general.